I would like to share some much treasured memories of my travels in South of India with you all.  Somehow being in Gozo reminds me of my time in India, not sure what it is that brings up the memories but there you are. A page out of my travel journal describes a trip that I made by taxi from Tiruvannamalai in Tamil Nadu to Tirupathi in Andhra Pradesh, it was a most interesting and beautiful journey.

We left very early in the morning while it was still dark, this meant that we would be able to watch the sun rise over the landscape.
I was simply glued to the window of the taxi, this was a large comfortable Indian taxi, in front the driver and our friend Ramesh and beside me the friend that I was sharing the journey with.
We travelled fast at first, there were many signs of people, of life starting to happen in the little hamlets which we passed, though I saw far less people than I had seen in Tiruvannamalai the last few weeks because of Deepam Festival.  I saw the sun rise over the farmers already working on the land, early and in the cool of the morning. 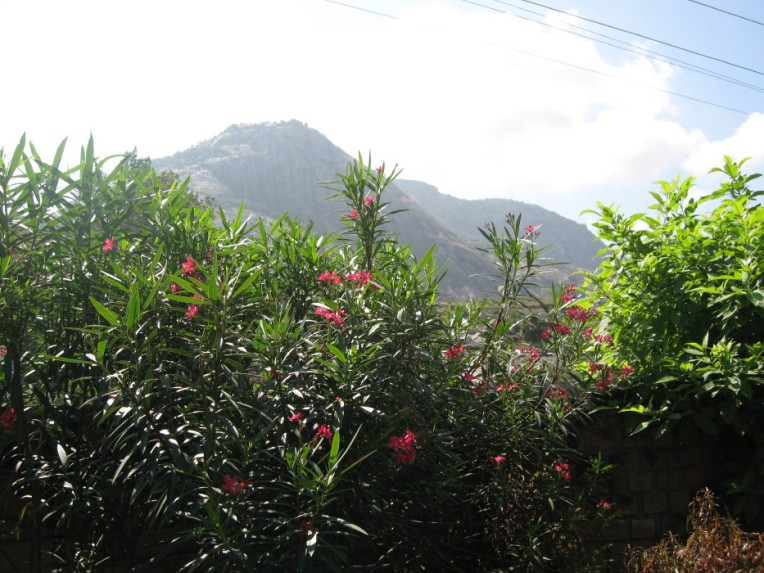 The landscape started to change, the mountains became quite different in shape, edges more sharp and irregular.
The vegetation and the trees became very lush. In the hamlets along the roadside we passed women getting their children ready for school, we saw them carrying colourful plastic water containers on their head. We passed men herding large flocks of goats with silky coats. 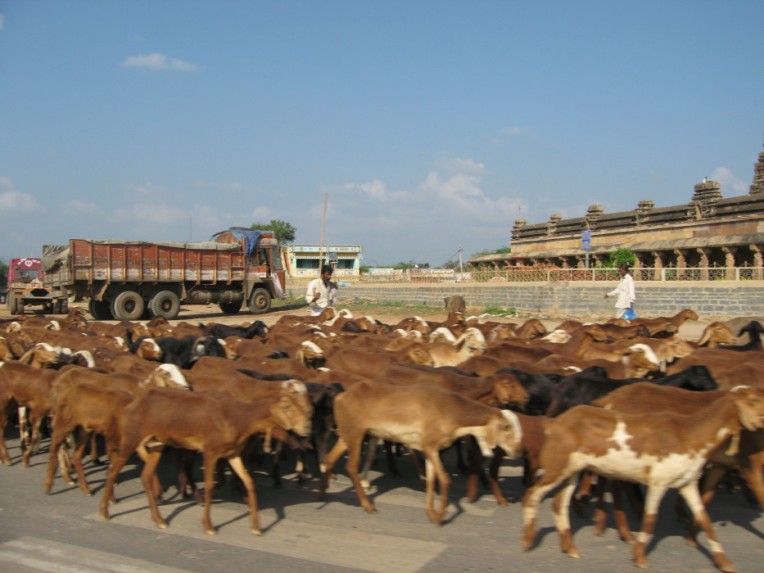 Many of the houses and huts, some of them circular in shape, were made of woven materials, making full use of locally produces building materials, the roofs becoming a bit higher as we got nearer to Andhra Pradesh, but we also passed many of the cement houses, they have flat roofs with railings and stairs leading up to the roof. Roofs are made good use of in India, these houses too were changing in appearance becoming more elaborate in their decorations, often with iron and stone trellises. 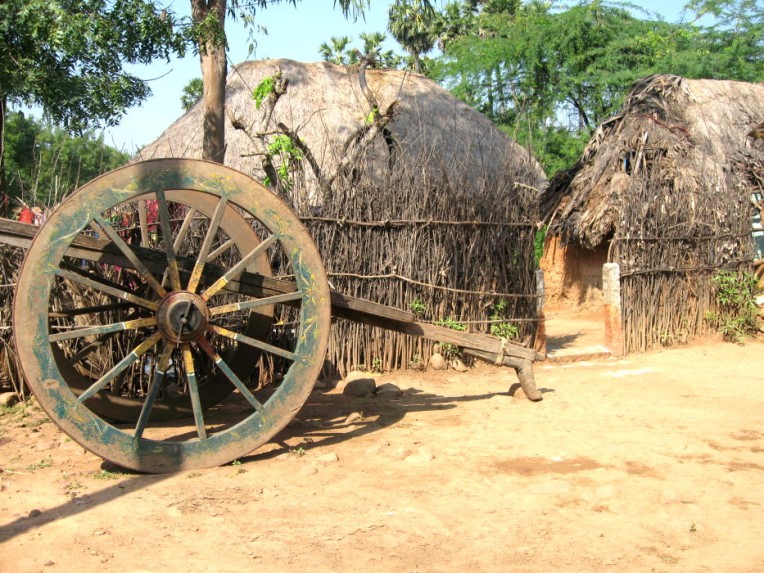 Many farmsteads have chickens running around. These hamlets and roadside villages are centres of commercial activity, shops, teashops, workshops, craft shops were people were working at making the crafts such as basketry.

Outside the villages and along the road there were also many brick making places where people would be making the bricks and they would all be piled up and then baked either in the sun or in a special system of piling them and firing them.
Lots of basket weaving places near to Vellore also. Vellore is a large town with lots of colourful shrines and temples along the road, their use of colour reminding me of the choice of colour used in Celtic art, very vivid and bright.
It was very hot in the taxi, we were drinking some water to keep going.
There was so much to see along the way. I noticed two high Termite heaps which really impressed me.
The journey now took us into a much more agricultural land, with lots of crops tended along the roadside, crops such as peanuts and rice. 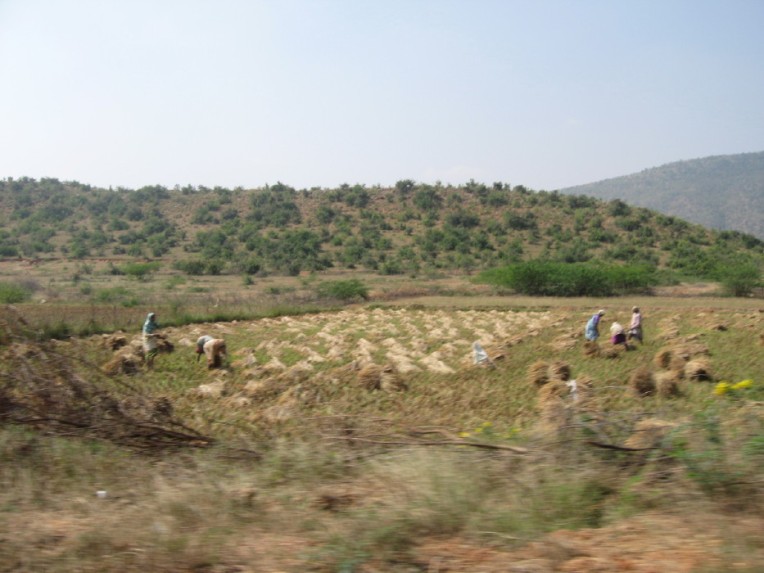 Wonderful trees also, and banana plantations. In Kanumolapati we came across a very ancient Hindu temple, but the closer we came to Tirupathi the fewer the Hindu temples became, I was now seeing the equally lovely and interesting minarets of the mosques, some of them very beautiful. 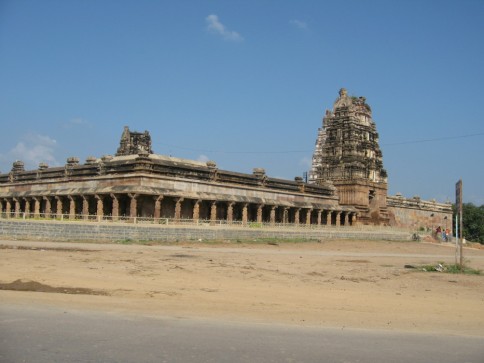 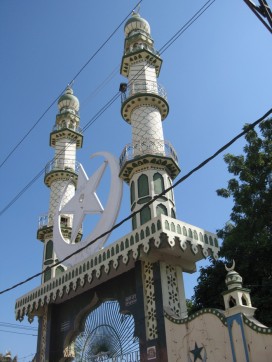 In Kadapa town we had a bit to eat at the AP Tourism restaurant which had very good value for money, lovely food and good restroom facilities.
This journey took 12 hours, we stopped off at Agaral about 20km outside Tirupathi at the Park Avenue Hotel Gardens to have some excellent Thai.

All my memories of India are very precious to me.

16 thoughts on “FLASHBACK TO SOUTH INDIA”