It is nice to see that after the recent heavy rains on the Maltese islands, the land is showing signs of breathing easier, of coming to life again after the long drought which in some cases made the trees start to show signs of stress and the land of totally drying out. As can be seen on the photos, and these I took around Victoria, there is still a lot of small area farming going on, vegetables and grains are grown small scale by part-time farmers.

According to Philip von Brockdorff, (Department of Economics at the University of Malta), there are several challenges of agriculture on Gozo. Full-time farmers are becoming fewer and fewer, it is the way like it seems to be in other countries too, farmers are becoming older and their children are less and less interested in farming as a means of living. On the other hand part-time farmers have been very much on the increase. To help with the future of agriculture on Gozo, reliance on EU subsidies is unavoidable and useful and should help a lot with rural development.

Dairy and vegetable growing, especially tomatoes which are used for processing, of ketchup and sauces which are exported to many European countries, UK and Ireland being the largest importers.
There is some local wine produced too, and of course lovely local honey. It is lovely to see cottage industries on the rise where foods are produced locally.
One of the problems with food production on Gozo is the lack of regular precipitation. When we arrived here in beginning of October it had not rained for many months and you could see it on the land, the farmers sure were praying for rain! And now they got some of it and the growing can continue. There is a lovely acre of potatoes growing vigorously close by here. The photos I took on one of our walks around the outskirts of Victoria, show lots of small but fertile plots of land being worked on and producing some sort of crop. It is good to see, and to see similar all over Gozo.

I’ve only loosely written down some of my own observations and thoughts about agriculture on Gozo and I read the article which Philip von Brockdorff wrote back in 2013 in the Times of Malta. I’ve a lot more to read and understand about agriculture on the Maltese islands and in particular on Gozo. One of the observations which I made very soon after we arrived is that you see none or very little cattle on the land here, coming from Ireland that is really a big difference. It means that the animals both for consumption and for dairy are never on lovely green grass and I think that would make a large difference in the quality of the end product, this also goes for the eggs and poultry production. I guess we are very spoiled in this regard, but then every country needs to have its own ways of dealing with particular problems, in this case it is the lack of lots of lush grass to feed the cattle, the lack of precipitation and the thin layer of topsoil which plays a role I think.

One development I would like to see on Gozo is more organic farms, but then I don’t know if a lot of pesticide and fertilizer are being used here, I asked a vegetable seller at a stall in Victoria about this and he said that some of the vegetables he sells are produced by what they call the ‘old way’ he indicated that this meant that no or very little chemicals were used in the growing of them. Well, who knows.

You see all the lovely terraced fields around Gozo and you think that in times past the place must have been totally self sufficient when it came to food production. Something for me to read up on I guess. 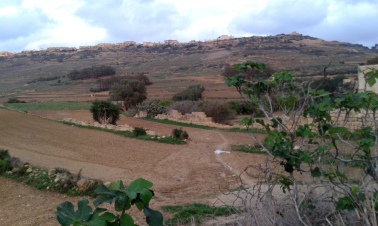 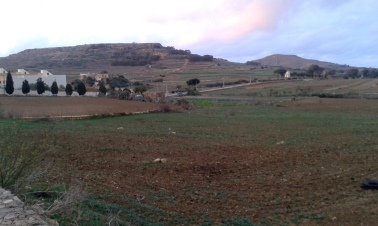 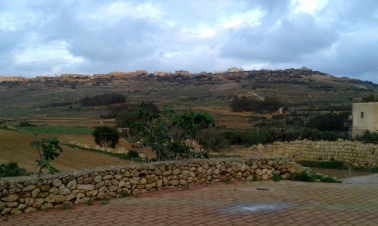 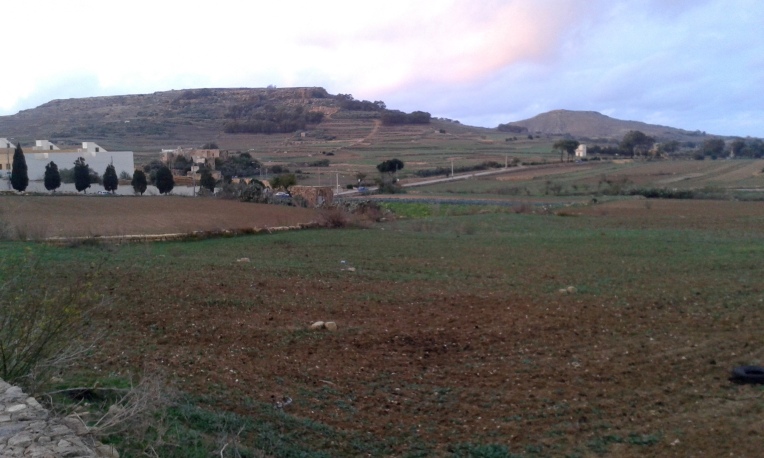