Yesterday I took a look at some of the spiders which were hanging around the garden, seeing that the turn of the season is almost upon us and with the morning mists and the evening becoming cooler, the spiders seem to become much more noticeable. They immediately reminded me of ballerinas, especially the three first ones that I came across, they are garden spiders, Araneus diadematus, also called the Crowned Orb Weaver. You see those a lot around here, they are quite beautiful and have sometimes huge webs.  They rarely enter the house.  In autumn the gardens are full of them.  I took the first three photos, of two different spiders just outside along the wall beside the rainwater barrel. 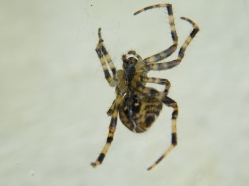 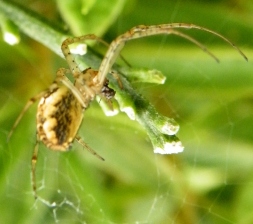 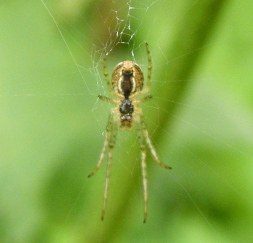 The fine slender spider is quite unfamiliar to me and I cannot locate it, I did not see it before in the garden either. 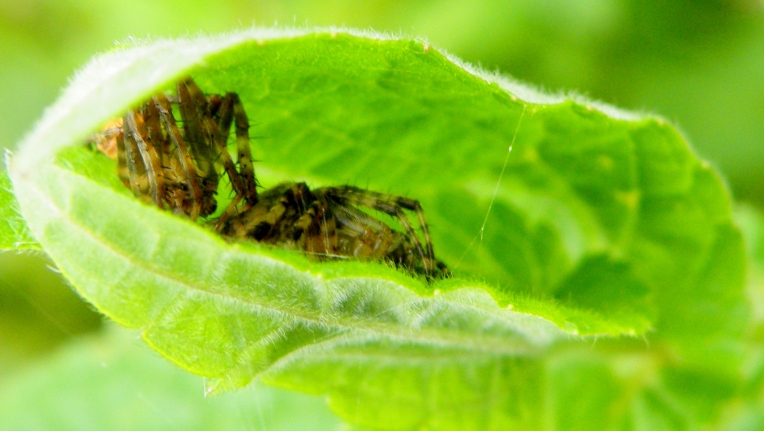 Here in between two leaves (the leaves looked as if they had been pulled together into some sort of hammock), there are two garden spiders, sleeping perhaps, not sure but they looked quite cosy in there. I’ll be keeping an eye out for other species with the autumn starting. We are still getting nice weather, perhaps we might even get an Indian summer. Schools have started and everyone is getting back into routine, we saw a great number of swallows gathering on a neighbour’s roof, another sign of the season’s changing and their farewell to our shores, and we ourselves are preparing for our journey to warmer climate too.

30 thoughts on “DANCE OF THE SPIDERS”