Our walk yesterday took us to the oldest watchtower on Gozo, the Xlendi watchtower. It was a nice walk to get to there, to our left the ever higher reaching stone terraces, and to our right a deep gorge, the Il-Kantra valley, sweeping down to the sea and lifting our heads up again to the cliffs on the other side of Xlendi bay, apart from the magnificent views a lot of wild plants and flowers made the walk interesting. Eventually we reached a plateau seemingly made partly out of pure white chalkstone, and partly out of other limestone types. Out towards the sea we saw the tower, it is lying just at the edge, and before the cliff steeply descends to the salt pans.
I read up a little about the watchtower. There are a number of them all over Malta and Gozo (I guess Comino too), they were built as a defence against the Ottoman invaders who would come and take the Gozitans bringing them home to use as slaves. I read that in 1551 there was a siege on Gozo, and 6000 Gozitans were taken into slavery. This is close to my heart because a small village back in Ireland, Baltimore, was raided back in 1631 by pirates from the Algiers, and the Ottoman Turks, they took nearly the whole village into slavery, the remainder of the inhabitants of Baltimore moved more inland, up river and established the town of Skibbereen, which is where I made my home many years ago.
The Xlendi tower dates back to 1650, it has been in continuous use both during the British rule and during the second world war, but it had become in disrepair and today it is being restored.
The cliff behind the tower reveals the salt pans which are as far as I know not in use anymore, but I could be wrong. They do look quite interesting, what a clever invention by humans to reap salt from the Mediterranean in this way. I wondered at the people working there and reaping the salt which the seawater left behind after the sun had done its drying out, it must have been hard work.
Looking back at the scenery in land from the tower the view is breath-taking, the rock formations brilliantly white, the vegetation scares but beautiful.
This is a walk I will not forget easily, nature at its most powerful, the winds were strong that day too. A walk that highlights a piece of social history, in a most beautiful natural setting, perfect for anyone. 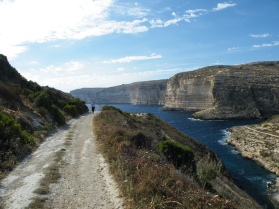 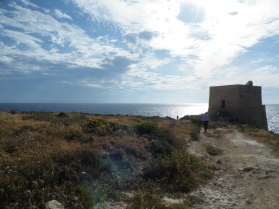 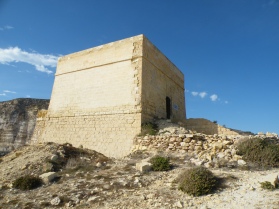 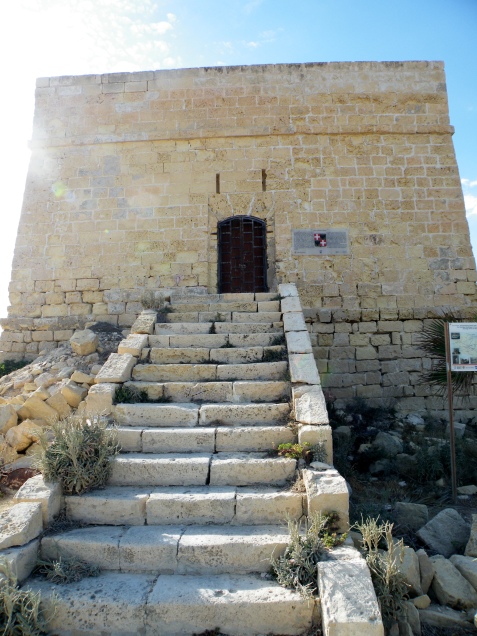 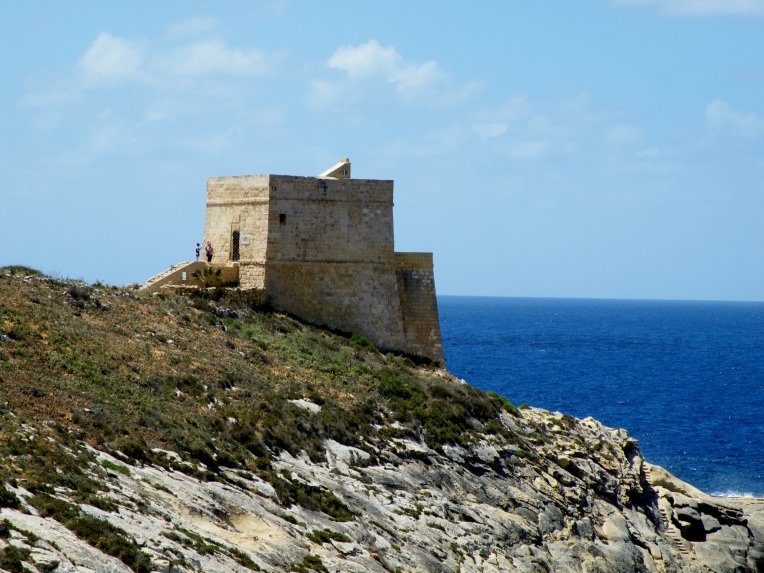 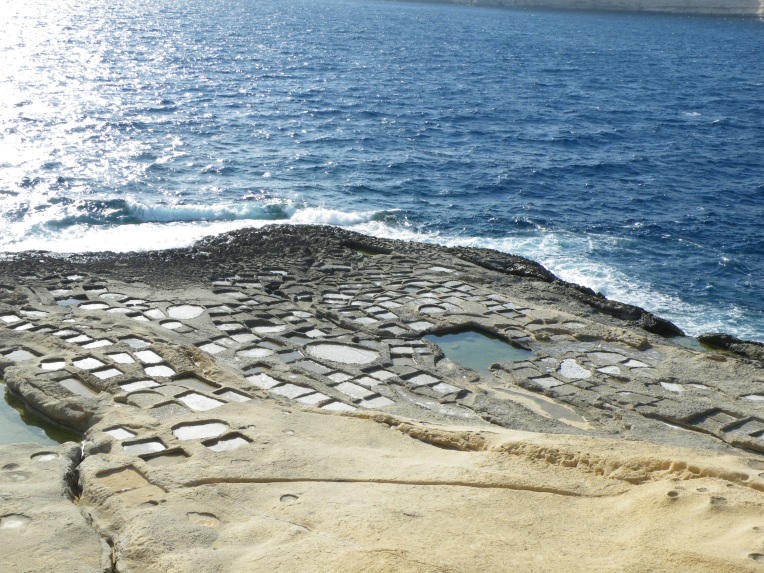 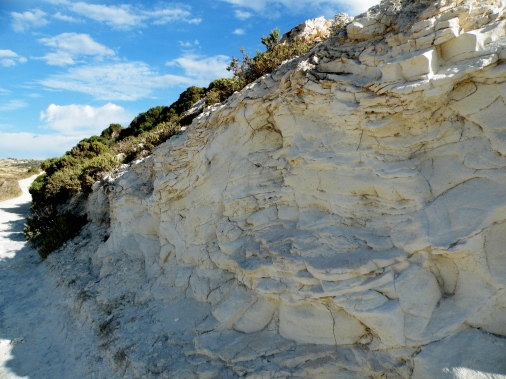 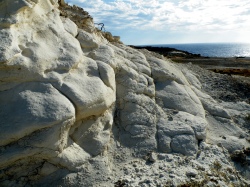 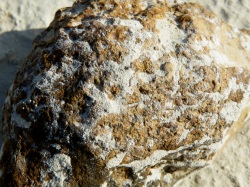 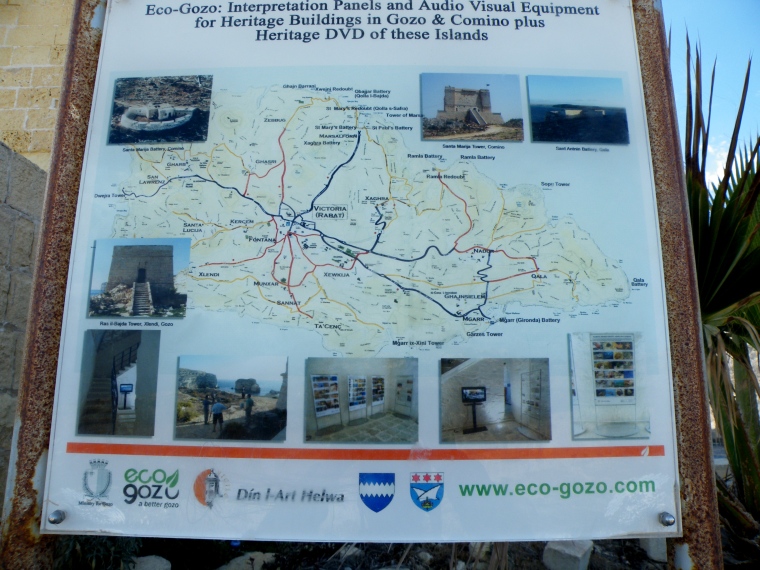 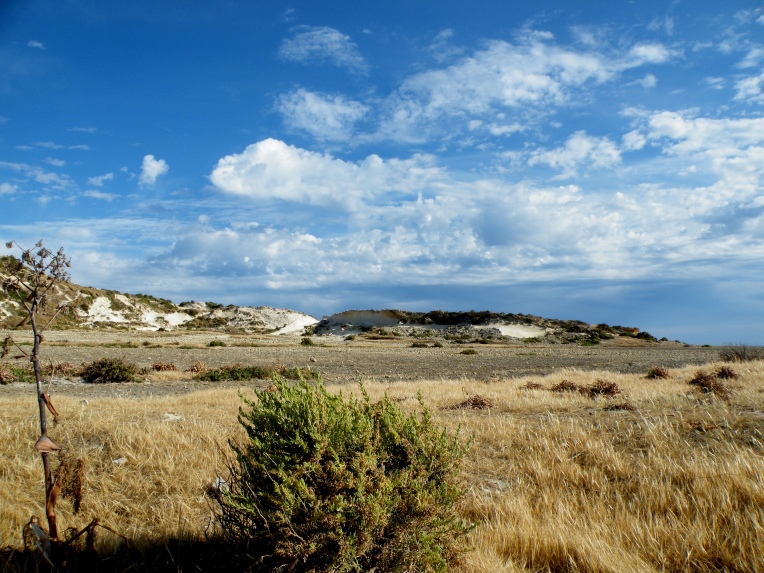 12 thoughts on “XLENDI WATCHTOWER ON GOZO”