Back in February 2014 I published this write up in my blog, I was only writing for one month. Because today was such a beautiful day I decided to re-blog this.

What an amazing day it was, so beautiful, mellow sun rays eventually filtered through the lazy late summer leafs in the garden. I collected some more produce, some for adding to the deepfreeze, and some for using now and in the week to come. While doing this I discovered two exciting things, one a creature – or three, and the other some well hidden little Cyclamen. I was delighted, the creatures were caterpillars that I found on the tomato plants. I took many pictures, beautiful creatures, I’ve always been interested in them, and in what they become. All right they ate into some of the tomatoes. 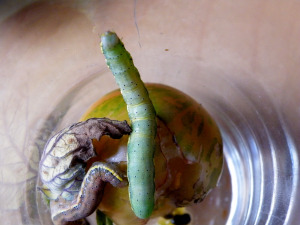 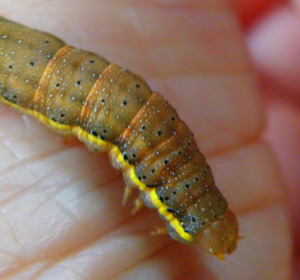 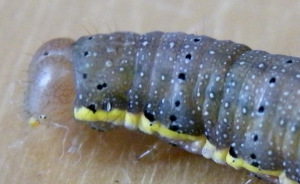 So, yes, magnificent creatures, one wonders what they will become but I have set them free again so I won’t find out unless perhaps I google it later.

And some of the produce today as we are coming to…

6 thoughts on “WHAT A BEAUTIFUL DAY!”